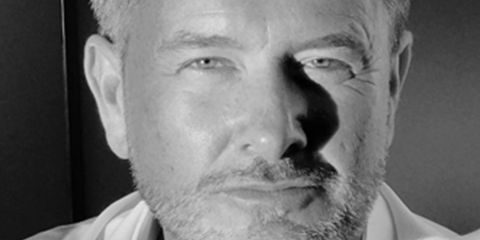 Mitch Sebastian is an international award-winning director and choreographer responsible for the West End hit show Ratpack Live from Las Vegas. (Olivier Award nom. WhatsOnstage Award nom) Subsequently he directed the film for PBS Television in the USA and the UK, Canadian, American and European tours which led to creating the West End seasonal favorite, Christmas With The Ratpack.

He went on to direct the Olivier Award Ceremony, the Brit awards and numerous World tours for international pop artists. With over 30 years of experience in the industry his career has taken him from performer to director to producer. After appearing in 12 West End and Broadway shows among them Cats, Starlight Express, Follies, Pacific Overtures, The Who’s Tommy and Les Misérables, he became Movement Director for The Peter Hall Company at the Old Vic Theatre. He has been director/choreographer on more than 30 musical productions in the West End, UK and Internationally including productions of Chicago, Fame, Evita, Sister Act, Legally Blonde, Romance/Romance, La Cava, Lucky Stiff, My Fair Lady, Guys and Dolls, Crazy For You, Anything Goes, Peter Pan, Oklahoma, Little Shop of Horrors, Iolanthe, South Pacific, The Sound of Music and Me and My Girl. He collaborated with composer, Stephen Schwartz on a new version of Pippin in London and is credited for his contribution to the subsequent Broadway revival. In the USA he collaborated with Paula Abdul to create a new entertainment Cheer! and with Hiroaki Omote in Japan to generate Saviour IV multimedia series.

Prior to the pandemic he directed the regional premier of Matilda in Chicago and choreographed Mamma Mia in the USA (Broadway World nom. Best Choreographer) More recently, he worked as the dramaturg and wrote the script for the World premiere of Viva Frida Kahlo (Immersive experience) and was Creative Director for the World Expo Dubai. He is currently creative consultant for the FIFA World Cup 2022 Opening and Closing ceremonies in Qatar.